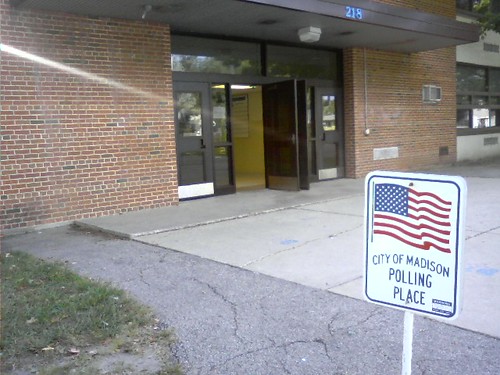 When I went to the polling place yesterday, I managed to both vote and get an answer to my question about wards. Apparently, in the City of Madison, "wards" are what are called precincts in literally every other jurisdiction I have ever lived and voted in. Go figure.

Voting here is similar to the system used in Loudoun County. They use an optical scan ballot, but instead of filling in a circle like I would do in Virginia, I had to connect two segments of an arrow pointing to the name of the candidates for who I voted. All the whom, incidentally, won, though that's not surprising since I only voted in one contested race. My only complaint about voting yesterday was that they were no handing out "I voted" stickers. I tell you, what is the point of voting if you don't get a sticker?