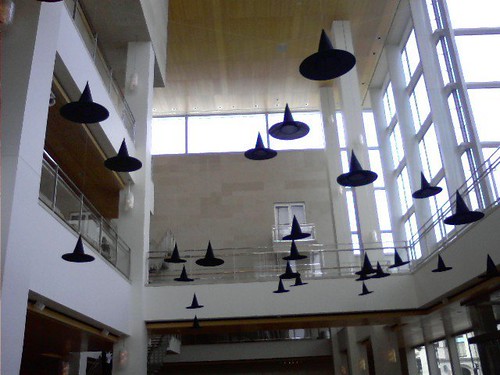 It was neat to actually see it after having listened to the score so many times since 2004. I think the thing that benefited most from being seen performed was the Ozdust Ballroom sequence. Fiyero's ultimate fate is telegraphed by the lyrics to many of his songs, but until seeing it performed I didn't know that his dancing also pointed toward him becoming the Scarecrow in the second act. The choreography is very clearly patterned after Ray Bolger's loose-limbed flailing in the movie. It's a nice, subtle touch; I recognized it for what it was because I already knew what was going to happen in Act II, but my sister didn't. The scene where Elphaba visits Nessarose in Munchkinland and Boq is turned into the Tin Man came as a big surprise; I knew that scene was there, but I had no idea there was a song ("The Wicked Witch of the East," according to the playbill) there. I wonder why that one didn't make it onto the original cast recording? Oh, and "Defying Gravity!" The way Elphaba is lit when she was elevated at the climax of the song was amazing. That alone might have made the whole thing worthwhile. 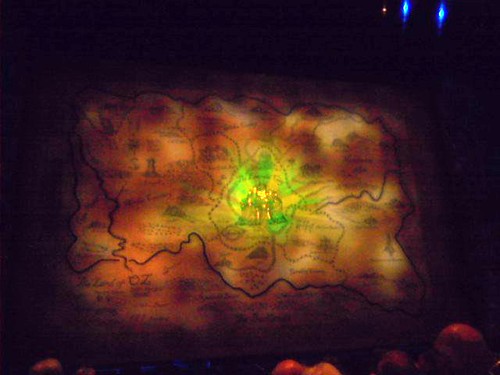