Advent Art: The Angels appearing to the Shepherds

William Blake (1757–1827)
The Angels appearing to the Shepherds: Milton's Hymn 'On the Morning of Christ's Nativity', 1809
Pencil, ink, and watercolor on paper 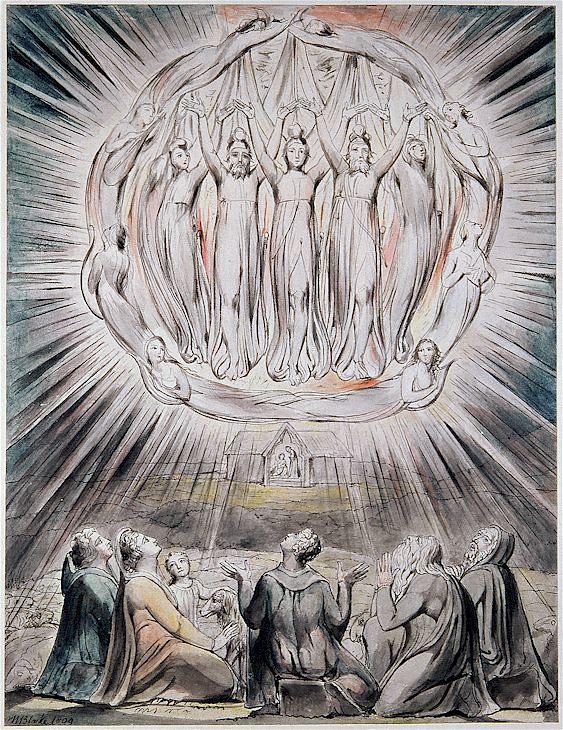 We finally sang our Christmas cantata in worship this morning, and with all due modesty we knocked it out of the park. The cantata we sang, incidentally, was Daniel Pinkham's 1957 composition Christmas Cantata, which loses a few points for the unoriginal title, but which is otherwise interesting and musically exciting. Here, have a listen:

The performance above is accompanied by a single pianist, whereas we were accompanied by organ, French horn, trombone, and two trumpets. If you're interested in hearing what it sounds like with organ and brass, you can check out these YouTube videos: Part 1, Parts 2 & 3. I chose not to embed them because a) it was split into two parts, and b) I like the vocal performance on the one seen above better.

I chose this William Blake print because it fits in nicely with the words of the first movement of the cantata. Part of it, at least:

Obviously, this doesn't show them seeing "him who was born," but it depicts "the angel choir praising Lord" rather nicely, I think.