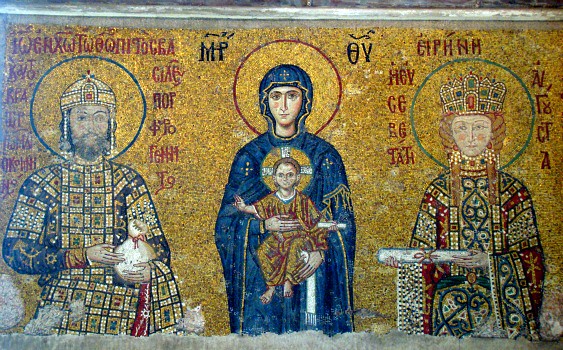 Apparently, the Hagia Sophia was completed on this date in A.D. 537. Nowadays the Hagia Sophia is a museum, but in the past it was an Orthodox patriarchal basilica, a Roman Catholic cathedral, and a mosque. This mosaic dates from its time as an Orthodox basilica; the figures flanking Mary and Jesus are John II Comnenus, emperor of the Byzantine empire, and Irene of Hungary, John's wife, the empress.

If you're interested you can see larger versions off all four figures behind the cut. 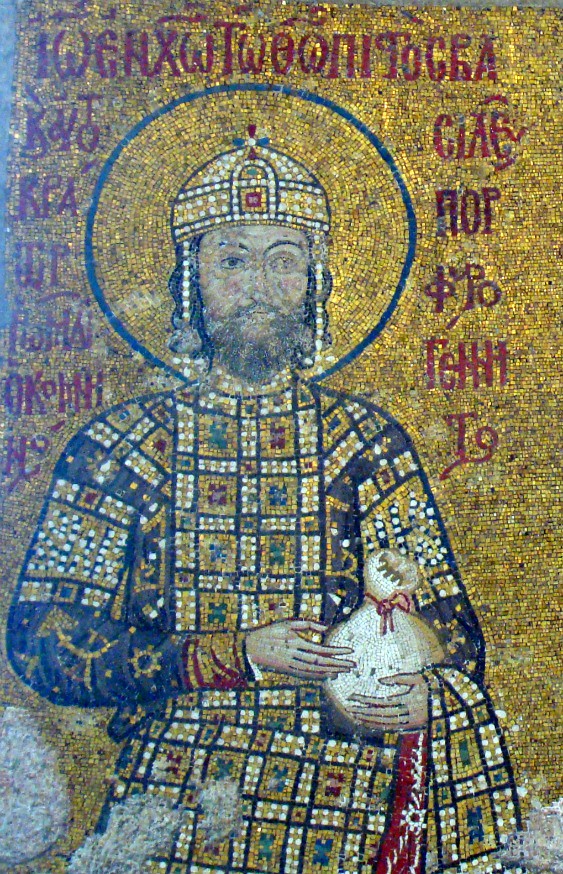 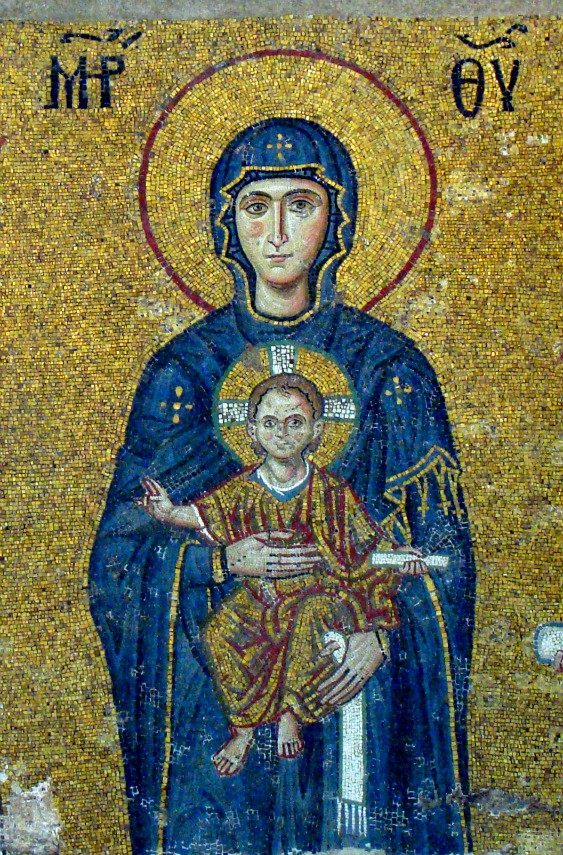 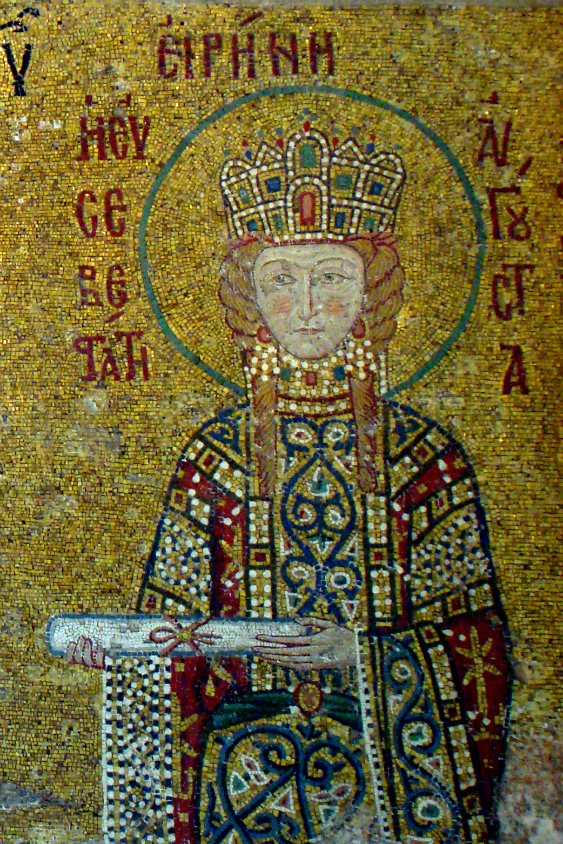