Why, yes, I am bragging, thanks for noticing

Hey, check this out:

Everyone, @JHeaton416's avatar is amazing. And that's high praise coming from my ugly naked ass. #TroyVsAbedThurs8pmNBC

Andy Bobrow is one of the Community writers, and the avatar he's talking about is essentially the same as the one used on this post. (The only significant difference between the two is that Twitter version has a white background instead of a blue one.) But he's not the only person associated with Community to comment on my avatar: 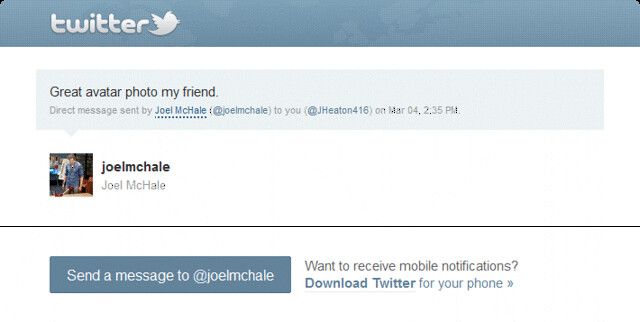 Now, if someone from the Obama campaign would just take notice…