This week in social media

Back in October, I uploaded a new Community-related cover photo to my Facebook account every day for 23 days straight.

So I was surprised to get the following message from one of my Facebook friends yesterday: "I had no idea you were a Community fan."

My response: "You could say that. Would you like to read my fanfic?" (She did not.)

Thanks for the free bus rides tonight, @millercoors! For this one night, your interests and mine happen to overlap.

So who predicted #Northwestern to be the only #BigTen school to win a bowl game today? #B1G

Spotted in @theavclub print edition dated 12/20/2012. I would've guessed it was in English and Arabic. twitpic.com/bs78oy

The movie Argo, set in the year 1979, was nominated for an Art Directors Guild Award — in the "Period Film" category. How distressing. #fb 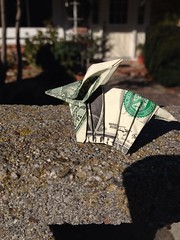 Questionable Content: Presenting Antoinette Banemoon
This is funny unto itself, but the name of the publishing company makes it even better.

AnglicanMemes: Anglicans to stay up till Midnight to witness The Doctor’s regeneration
Can't resist a silly Doctor Who joke!

Wisconsin State Journal: Creative Company president named to a third term on RAMA Board
A friend of mine from church.

Channel3000.com: Lack of snow postpones sled dog races
I remember some Klondike Derbies where we had carry our sled due to lack of snow. I guess that's not really an option when you're using dogs instead of Boy Scouts.

Facts and Other Fairy Tales: The Least Stressful Job for 2013? A Real Look at Being a Professor in the US
The professors I know will relate to this. 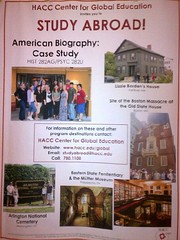