Yet more about bus wraps

I see here in The Badger Herald that Madison Metro Transit has decided to discontinue three Pabst Blue Ribbon bus wraps now that their six-month lease has ended. According to a spokesman quoted in the article, Metro averaged one complaint about the wrapped buses every two weeks. Personally, I thought they were cool: 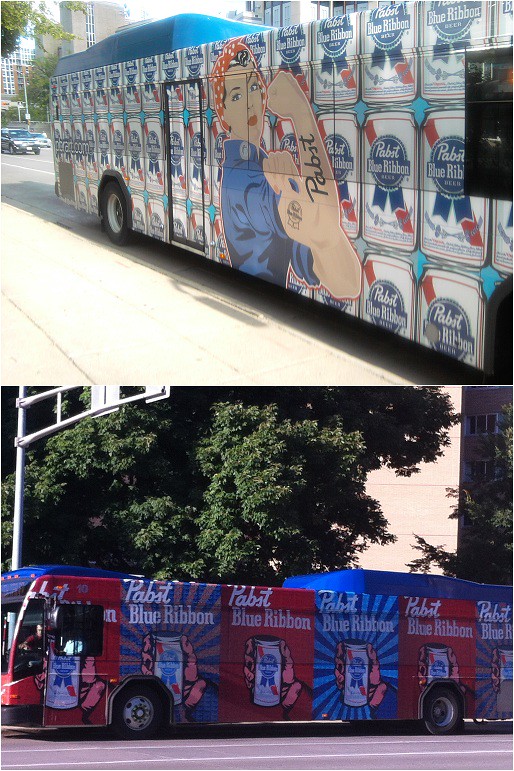 But there is a legitimate concern about having giant beer ads rolling past schools, so I can understand why some people would complain about that. But that, apparently, wasn't the only complaint:

The controversial beer ads featured bold ads that made the buses appear, to some people, as a beer truck, Rusch said.

This is reminiscent of a complaint I read in that article complaining about the bus wraps I linked to a couple of weeks ago:

Oh, please. My two-year-old friend Henry can tell the difference between a bus and a truck. A bus looks like a bus regardless how it's decorated. And not to mock service animals or people with poor vision, what the hell did they think that bus-shaped thing that pulled up to the bus stop was?