I just finished A View from the Interior, an account of the 2011 protests at the Wisconsin State Capitol. Hey, I remember those! 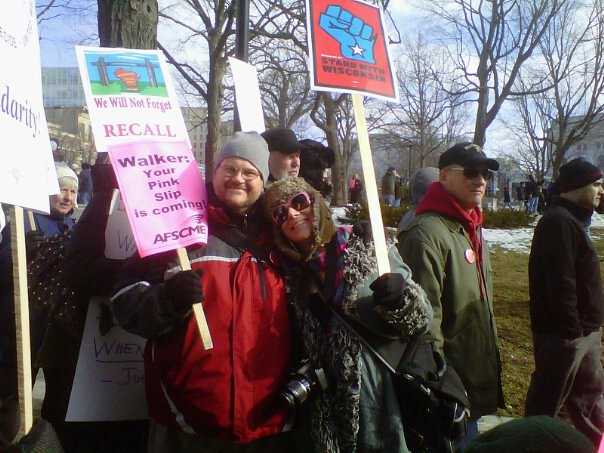 The book was written by Susan Riseling, the Chief of the University of Wisconsin-Madison Police, who was in charge of all the law enforcement activities inside the Capitol during the protests. It's not bad, but a little dry and short on analysis. As tick-tocks go, though, it seems fairly comprehensive. Anyway, since labor unions are on my mind, here's a song that's been in my head.

There once was a union maid, she never was afraid
Of goons and ginks and company finks and the deputy sheriffs who made the raid.
She went to the union hall when a meeting it was called,
And when the Legion boys come 'round
She always stood her ground.

This union maid was wise to the tricks of company spies,
She couldn't be fooled by a company stool, she'd always organize the guys.
She always got her way when she struck for better pay.
She'd show her card to the National Guard
And this is what she'd say

You gals who want to be free, just take a tip from me;
Get you a man who's a union man and join the ladies' auxiliary.
Married life ain't hard when you got a union card,
A union man has a happy life when he's got a union wife.