Ten things you may not have known about kumquats:

figgy_newton, who I think didn't know at least one of these facts. 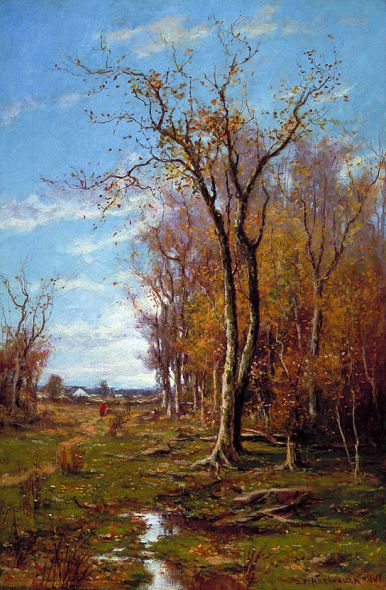 Speaking of the Smithsonian American Art Museum, I was there last week to see the new exhibit "Kindred Spirits: Asher B. Durand and the American Landscape." Those of you with long memories may recall that Kindred Spirits was among the first works of art I posted here as part of the Art on Sunday series, way back on January 23, 2005. Good exhibition, especially if (like me) you're a fan of the Hudson River school of American landscape painters.

On my way to the gallery in which the Durands were on display, I walked through the Lincoln Gallery, which displays contemporary works. Upon entering, a particular sculpture (click on the photo to see it at highest resolution) near the entrance caught my eye. It reminded me very strongly an Art on Sunday work I posted last year. (And for good reason: they're by the same artist, Laura Butterfield.) I made my way over for a closer look, and was very impressed by how skillfully she had assembled driftwood into such a recognizable form. The plaque with information about the work and the artist was a couple feet away on the wall, so I walked over to read it:

Bronze?! I made an obviously amusing double-take back at the sculpture -- obvious because the security guard standing nearby laughed when I did it. I talked to him for a bit afterwards; Apparently, most people react to it in exactly that way, and I got the impression that watching people like me react in that way is a highlight of his day. It really is very difficult to see, even standing right next to it, that it's not made of wood, but the guard tapped on the side of the sculpture with his fingernail to demonstrate that it really was bronze. Amazing.