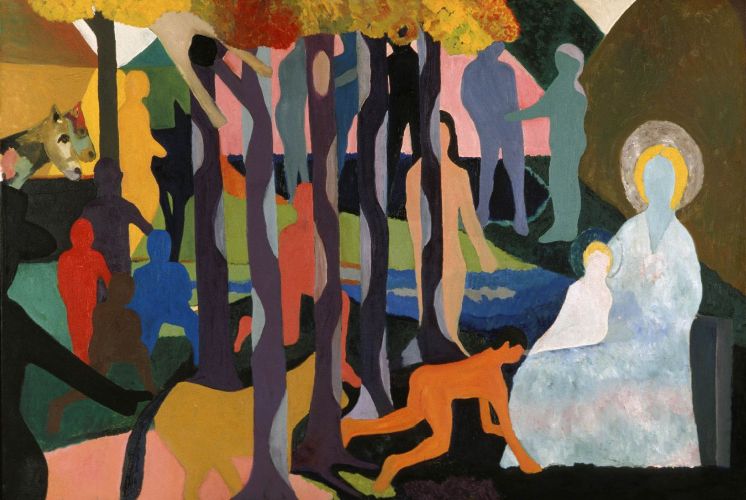 Today's work of art comes to us from the state of Michigan. I've been to Michigan at least twice, first as a child on a family vacation, and many years later to attend a wedding of a former co-worker in Lansing. And I worked for one of Michigan's U.S. Senators, Donald W. Riegle Jr., for two years, so I feel a certain fondness for the state. I've never been to the Detroit Institute of Arts, but if their web site is any indication, they seem to have an impressive collection. I was especially taken with this work by Robert Thompson, one of the most prominent African-American painters of his day. He had a short, brilliant career, making his first major sale at the age of 21 and dying just eight year later. He was incredibly prolific, though, producing hundreds of paintings in that brief span. (The National Gallery has one, but oddly enough the Smithsonian American Art Museum doesn't.) Thompson often based his works on those of the Old Masters, and it's probably safe to say that Blue Madonna is one such work, though the huge number of Madonna and Child paintings out there makes it difficult to say which one served as Thompson's inspiration.