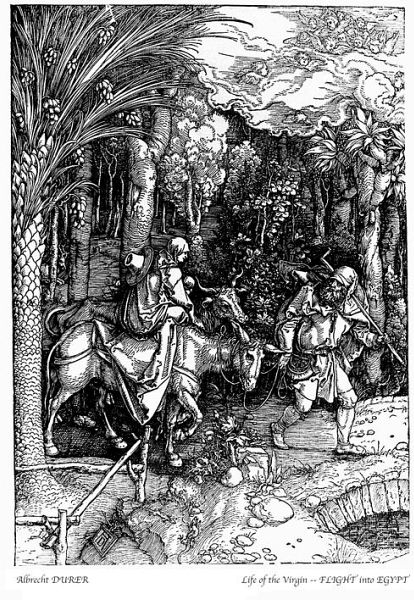 Today's work of art comes from the small but mighty state of Connecticut, which I've been to just once, not counting the times I've driven or ridden through it without stopping on the way to other places. (Well, I guess I stopped there when I rode the train up to Boston that one time, but I didn't disembark, so it's not like I was really there.) But one time, as I was driving home from a business trip to Boston, I decided to stop in New York to see a Jackson Pollack exhibit at the Museum of Modern Art. The timing was such that I couldn't just drive to New York, see the exhibit, and continue home, so instead I drove to Stamford, Connecticut, stayed overnight, attended a church service at the First Presbyterian Church there in Stamford, then hit the museum. Thus was Connecticut visited by me.

As for the art, I do love me some Dürer. His painting of a young hare was, among the first works of art I remember seeing, as a reproduction of it hung in the third grade hallway of my elementary school. It may very well still be there, actually.