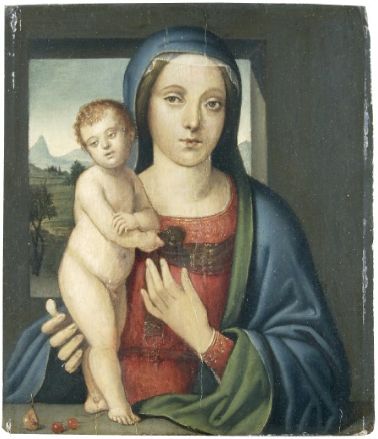 Today's art is from the state of Maine, which I've visited just once, for my friend Mark's wedding.

Let me tell you a story about Mark. He, his roommate Kevin, and I were all big Simpsons fans, and I would frequently go over to their house on Thursday night to watch it with them. One night I walked into the place and found them sitting in front of the TV eating dinner. They told me there was plenty left in the kitchen, so I walked back and found Kevin's girlfriend Pam there, looking like she was trying to crawl into their clothes dryer. She held up an enormously large ball of dryer lint, and explained that she had taken it upon herself to empty the dryer of lint, because to all appearances no one had ever bothered to do so. I fixed myself a plate and returned to the living room, and said to Mark and Kevin, "why are you two out here eating dinner and watching TV while Pam is in the kitchen cleaning out your lint trap?" Mark looked up and replied, "there's a lint trap?"