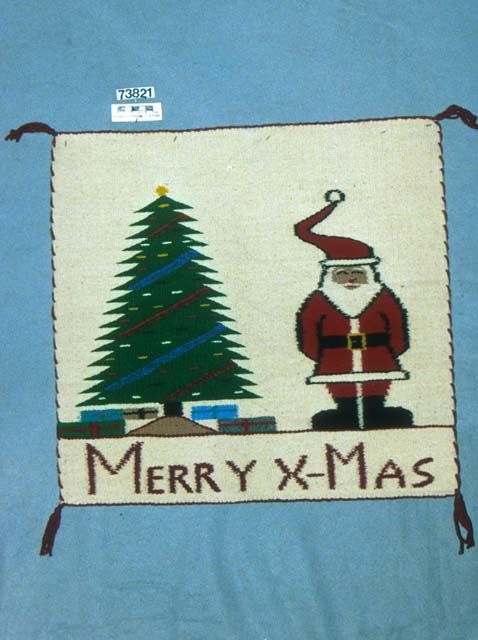 Today's work of art is from the Commonwealth of Massachusetts, a state I've visited many times. It's been too long since I've been back there. I think Boston is probably my favorite city aside from Chicago, and I'd love to see the western part of the state, and Cape Cod. I meant to go to Cape Cod a few years back, when I was up there for

fizzball's wedding reception, but I got distracted by shiny pebbles en route (as has happened before), and ended up running too short on time to make a go of it. Still, if you did everything on your first trip you'd never have reason to return, right?

There's probably something interesting to be said about how this blanket is emblematic of how western society is corrupting the traditional Navajo culture, but it was a long day at work and I'm tired, so I'll leave it to be said by someone else. I personally think it's kind of neat, but I'm just a stupid Bilagáana, so what the hell do I know.