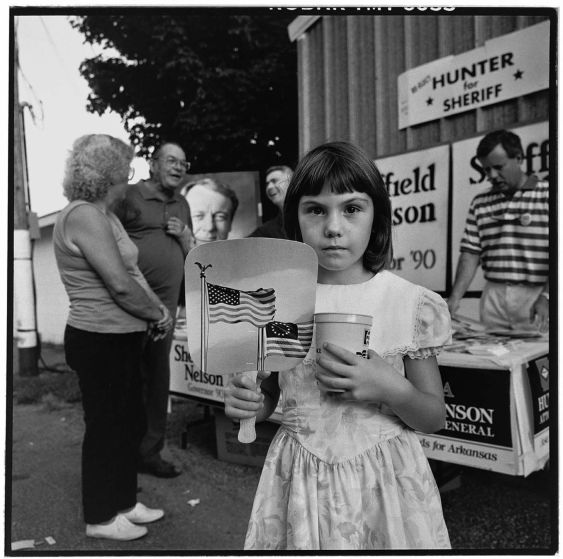 A couple of notes on the politicians whose campaign signs can be seen in this picture. Sheffield Nelson was the Republican candidate for Governor of Arkansas in 1990; he lost badly to the incumbent, an obscure figure in political history named Bill Clinton. Nelson is now a lawyer in Little Rock. Asa Hutchinson was the Republican candidate for Attorney General that year; he lost a close election to Winston Bryant, who I happen to know went to the same college as someone on my LiveJournal friends list. Two of the same colleges, actually. (You'll have to guess, unless that person choses to say so in the comments.) Hutchinson later won a seat in the U.S. House of Representatives; he served two full terms and a bit of a third before being appointed head of the Drug Enforcement Agency. Later he was named head of the Border and Transportation Security Directorate of the Department of Homeland Security. In 2006 he ran for Governor of Arkansas, and lost.
Collapse