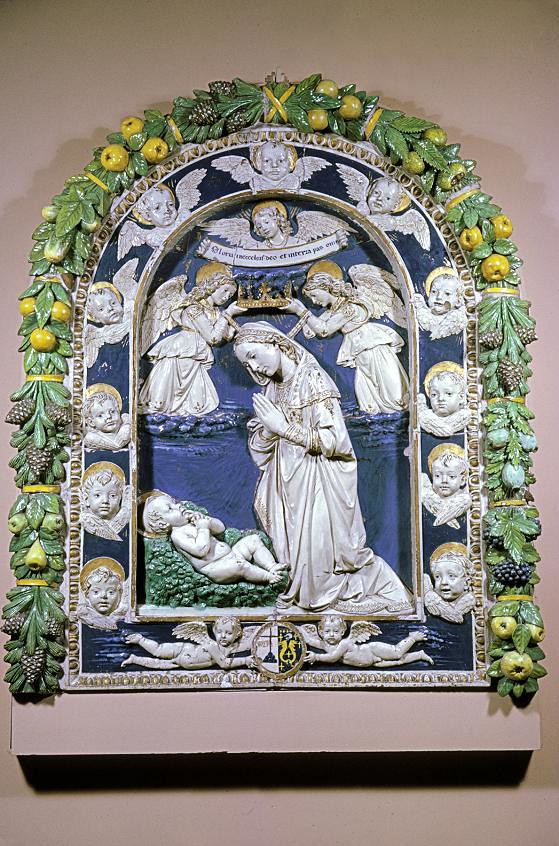 I thought I featured a Madonna and Child by della Robbia back in 2004, but when I went back and checked the archives I discovered I was both right and wrong about that. This work is by the noted Florentine sculptor Andrea della Robbia, whereas the work I featured back then was by Luca della Robbia, Andrea's uncle and the artist who developed the glazing technique and artistic style (white figures on a blue background) that was the trademark of the della Robbia studio. This one is quite a lot more ornate than the one I showed in 2004, possibly because Andrea had refined the technique--this one was made about eight years after the other, but more likely because this one is believed to have been commissioned by a wealthy patron (Bartolomeo di Rosso Buondelmonti, a kinsman of Cristoforo Buondelmonti, who was among the notable Florentinians who was pictured in Ghirlandaio's Apparition of the Angel to Zechariah, the featured work on November 28), who may have been willing to pay for the additional detail.