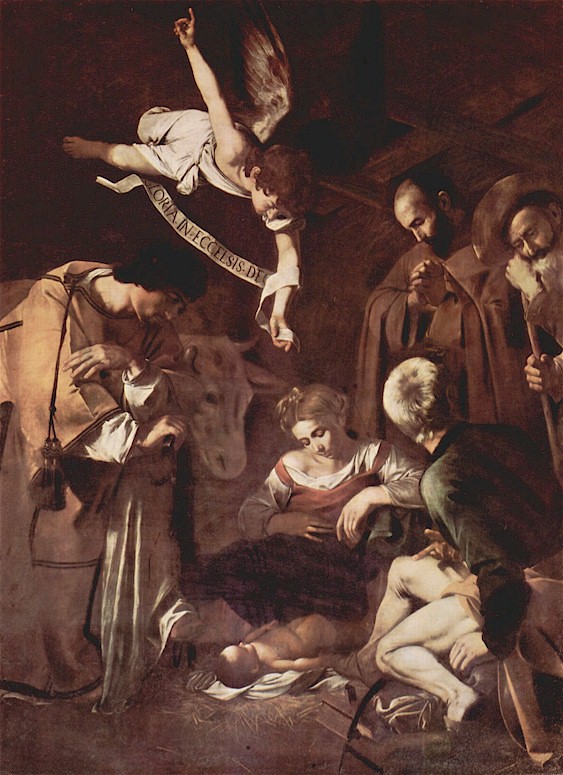 I chose this for today because I wanted a picture that was titled or at least contained the words Gloria in excelsis deo, in honor of the cantata, which unsurprisingly contains that phrase, my church choir was supposed to sing in worship this morning. I say supposed to because last night the choir director decided to call it off because of the snow. Remind me, what state do I live in again?

Anyway, that makes this painting even more appropriate, because it's not where it's supposed to be either. For years, it hung above the altar in the Oratory of San Lorenzo in Palermo, Sicily, but in 1969 it was stolen, and its whereabouts remain unknown to this day. In 2009, a former Sicilian mafioso turned police informant said it had been destroyed in the 80s. Reportedly, it had been hidden in an outbuilding on a farm, whereupon it was partially eaten by rats and pigs, and the remains burnt. But who knows if that guy was telling the truth?

As for the cantata, if the brass payers are available, we'll do it next Sunday. But if not, our efforts will have been metaphorically eaten by pigs and burned.