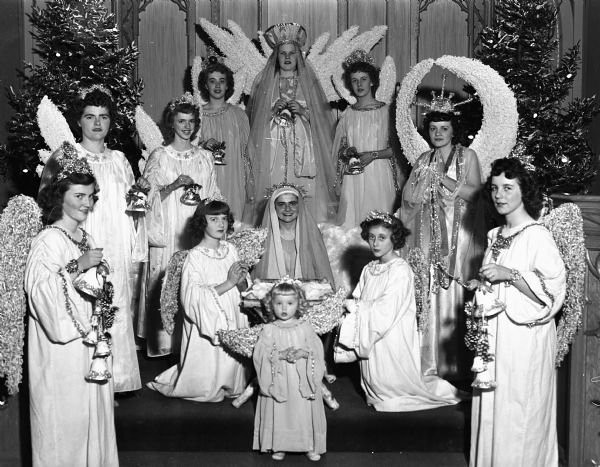 Speaking of Christmas pageants, there is joy in Mudville tonight: the Christ Presbyterian Church Chancel Choir's Christmas cantata, once thought to have been canceled, turns out merely to have been postponed! We'll be singing it in worship this Sunday, though only at the 9:00 AM service instead of at both as originally planned. Too bad for them; I think it would do the worshipers at the contemporary service good to hear something other than "praise songs" for a change. (I would say the same principle applies for the people who regularly worship at the traditional service. I think it's good to go outside your comfort zone now and then.)

Too bad also for the Bell Choir, which was scheduled to take part in the 9:00 AM service but has now been scrubbed. Oh well, we could probably use a few extra rehearsals on the piece we were going to play anyway.