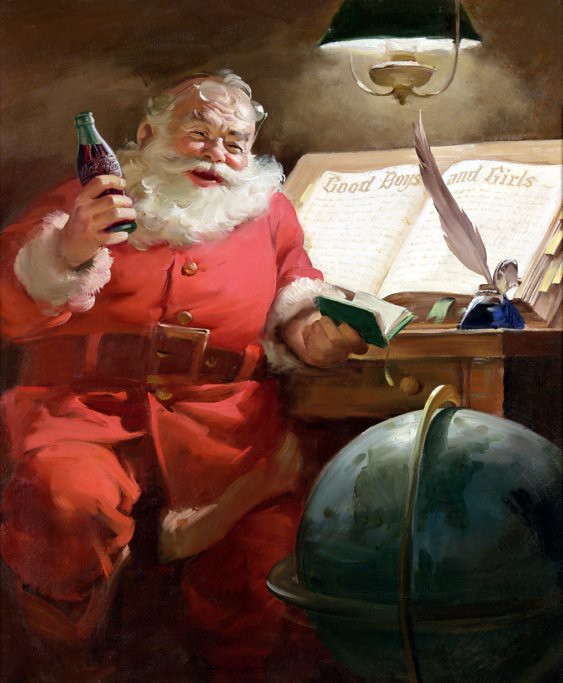 It's been said that the Coca-Cola Company created the modern image of Santa Claus as a jolly fat man dressed in red and white. It's not true, but the company probably did play a role in popularizing that look with its annual Christmas advertisements, which for 33 years were created by the Michigan artist Haddon Sundblom. (Who, by the way, also created Aunt Jemima and the Quaker Oats Quaker, and the Coke advertising slogan "the Pause that Refreshes.") The paintings created by Sundblom were and are enormously popular. And if you doubt something like this counts as art, I would note that Sundblom's Santa paintings have bein exhibited in the Louvre (in an exhibit organized by the Coca-Cola Company, but still).