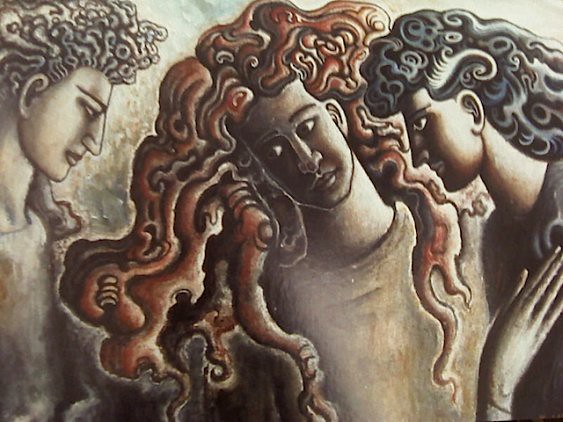 This is one of those instances where you sort of have to take the artist's word for it that it's a work of Christmas art. There's nothing that strikes me as particularly angelic about these women, but Abrahams says they're angels, so they're angels. And what is it exactly that suggests these particular angels are present at the birth of the Christ? Naught but the title, as far as I can tell. Nevertheless, it's a striking image. And it's an example of something that seems fairly rare, an explicitly religious work of late 20th-century art. In 2007, only 6 of the 27 works I featured were created in the 20th century; in 2004, seven of 40.