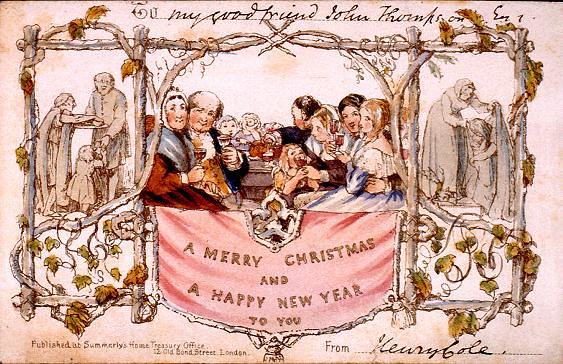 This here is a "Christmas Congratulation Card: or picture emblematical of Old English Festivity to Perpetuate kind recollections between Dear Friends." It is, in fact, the very first commercially produced Christmas card ever made. It was commissioned by Henry Cole, who was too busy (or at least thought himself to be) to engage in the traditional English custom of sending notes with holiday greetings to friends and relatives. He had one thousand cards printed, and what he didn't use himself he ended up selling (the description quoted above is part of the ad text), making it the first commercially sold Christmas card as well, I suppose. The card apparently caused a bit of a ruckus at the time, due to this shocking detail: 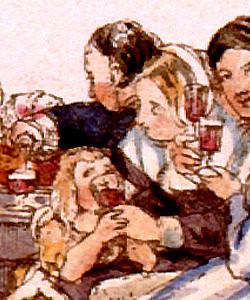 Won't somebody please think of the children!