I took a break from writing fanfic to pen this article for my church newsletter. It will probably be of very little interest to you! Nevertheless, I present it here for posterity.

Here is an email I sent to my U.S. Senator, Herb Kohl! I also sent it to Senator-elect Ron Johnson via his campaign website, but since filibuster reform doesn't provide any material benefit to the wealthy and powerful, I'm sure he has no interest in it.

I hope you will throw your support behind efforts by Sen. Jeff Merkley and others to reform the filibuster in the 112th Congress. As a former Senate staffer, I do not believe that the filibuster needs to be eliminated altogether, but as the Republican minority demonstrated all too effectively in the 111th Congress, the current rules are far too easily abused. Sen. Merkley's proposal strikes me as a sound one, in that it preserves the right of any Senator to block legislation, but places the onus on that Senator to maintain the filibuster rather than on the majority to overcome it. And while it would not prevent the Republicans from gumming up the works by working together to maintain the filibuster, it would at least force them to do so proactively and in public, rather than passively out of the view of C-SPAN cameras.

In that same spirit, I hope you will support the elimination of the anonymous hold. Again, I have no particular problem with Senatorial holds in the abstract, but I feel that the ability to place holds anonymously removes accountability and encourages abuse.

I believe enacting these rule changes at the start of the 112th Congress will allow the Senate to function more efficiently and perhaps be as productive year-round as it was in the lame duck session. Thank you for your consideration of these suggestions.

Feel free to copy and paste this to your own U.S. Senators. (You might consider taking out the part about being a former Senate staffer first.) You can contact them via their official websites, all but three of which take the form [last name].senate.gov. (The exceptions are Scott Brown (R-MA), Ben Nelson (D-NE), and Bill Nelson (D-FL).) Or if you don't feel like typing the address, go here and choose from the handy list. 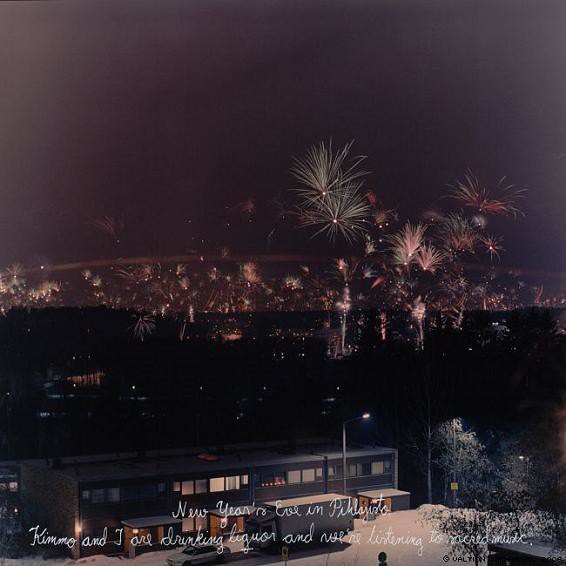 It's New Year's Eve! I think observing the end of one year and the beginning of another is silly and pointless, but nevertheless I have a New Year's Eve tradition. Every year, I go to a movie that starts late enough and runs long enough so that it's after midnight by the time I leave the theater. I feel this act best conveys my dislike of the whole New Year's Eve concept. Sure, I could just stay home and go to bed early, but I think the movie is better, because a) I'm doing something that has not only b) has nothing to do with the new year but also c) makes it impossible (or at least socially unacceptable) to know when the new year arrives.

It was not easy for me to choose a film this year, because for some reason none of the theaters in town had showings later than 10:00 PM. Heck, one of the theaters actually closed early! Of the tiny handful of films that 1) were guaranteed to get out after midnight and 2) I wanted to see, I chose Harry Potter and the Deathly Hallows, Part I. Second choice was True Grit, but I would have had to go all the way across town to find a showing that was likely to get out after midnight. I tell you, what is the world coming to that it's so hard for me to ignore the new year as I see fit?