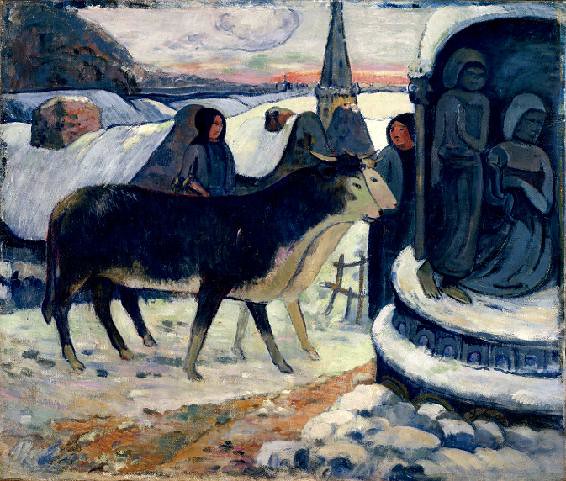 It never fails to amuse me that when painting a Nativity scene, artists tend to make the landscape look like wherever it is they happen to be when painting it. This is pretty clearly a painting of a French village in Brittany, where Gauguin did so much of his work.