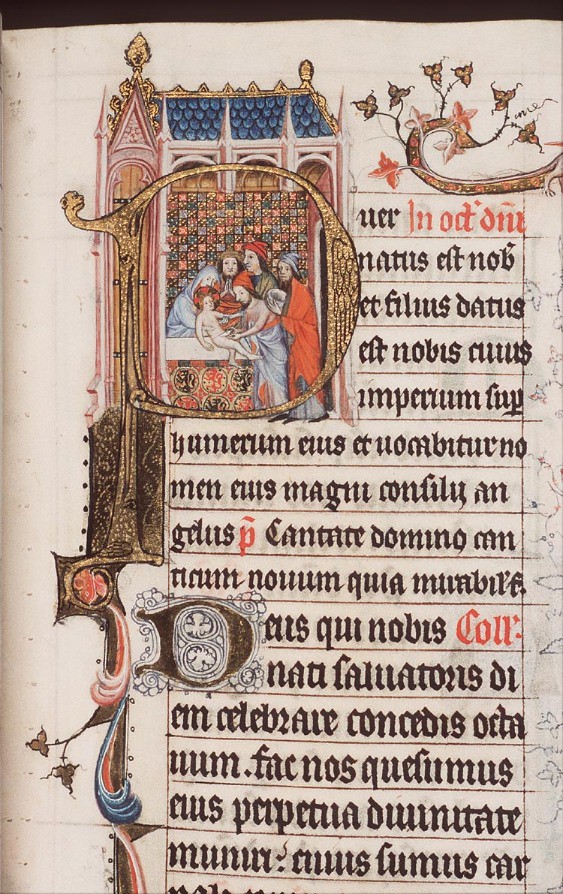 In previous years, I very carefully planned out weeks in advance what I would feature. I've been taking a more free-wheeling approach, often not choosing a work until mere moments before I post it. But way back on Christmas After Day, I found something that would be perfect for New Year's Day, so I went ahead and uploaded it to Flickr right away. Then I forgot I'd done it and ended up choosing something entirely different for that day. So much for planning ahead.

The reason I wanted to use this on January 1 is that in the Eastern Orthodox Church, that day is when the Feast of the Circumcision is celebrated, and it is that event that is depicted in this illuminated manuscript page. Behold! 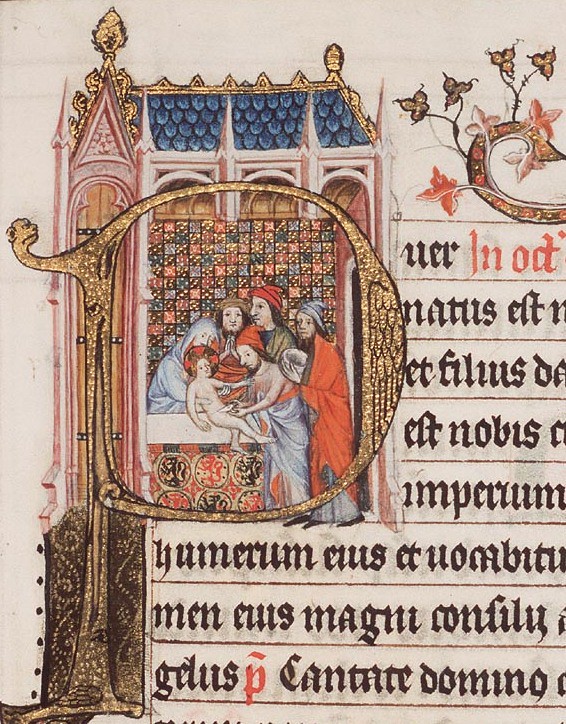 You should all go read the Wikipedia article about the circumcision of Jesus. My favorite part is the one about how after Jesus ascended into heaven, the foreskin also ascended and became the rings of Saturn.