In less than an hour, I'll be heading down to Illinois with my sister and nephew to see my brother and his family, who are making their annual holiday season visit from Pennsylvania, so I thought I'd feature a Christmas card from Illinois. Well, not from Illinois, exactly; it's from Italy by way of Belgium. But its current home is in Illinois, at the Lake County Discovery Museum in Wauconda, and I accessed the image via the Illinois Digital Archive, so it totally counts. It was sent by a U.S. soldier stationed in Belgium on December 7, 1944. Twelve days later, he very well may have been fighting in the Battle of the Bulge. I don't know that for sure, because I don't know who sent the card, but given the timing it seems a reasonable assumption. 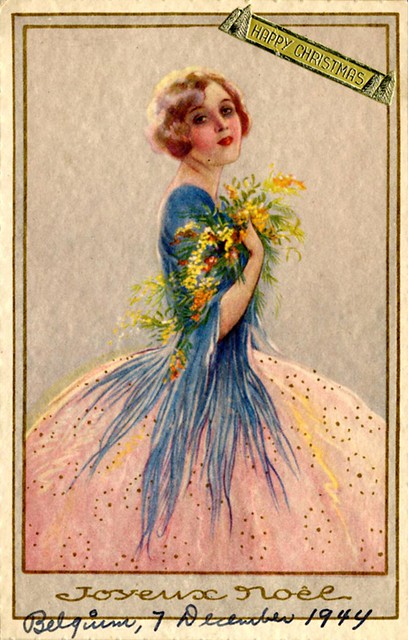