The Onion is suspending publication of its print edition here in Madison. Well, technically it's Capital Newspapers, their local publishing partner, that is suspending publication; if they had the resources, I'm sure the Onion would just as soon keep the Madison print edition going, but they don't own their own printing presses and there's no one else in town who could do it. Anyway, it's kind of a big deal that the paper will no longer be published here, because this is where the paper was founded here in 1988, and the company was headquartered here until 2000. For me personally, the print edition lost a lot of its relevance last November, when they eliminated their weekly crossword puzzle, but I did enjoy leafing through the paper over breakfast every week. Oh well, sic transit gloria and all that.

The Onion has responded in a typically Oniony fashion, with a front page story headlined "PRINT DEAD AT 1,803" and a back page editorial urging Madisonians take to the streets and "overturn every car, smash every window, tear out the roots of every tree, shoot out every streetlight, and scream your furious retribution into the night sky" before marching to and laying waste to other cities where the print edition is no longer published, and finally establishing "a brutal empire built upon the broken skulls of those insolent fools who have attempted in vain to bring us down." Sounds like a fun evening, but I'll probably just go home and continuing catching up on The Wire and 30 Rock.

The occasion has prompted me to remember some favorite headlines from past issues. My favorite is probably "Black Guy Asks Nation For Change," from 2008. I also really like this one, reproduced in its entirety from the May 17, 2000, edition: 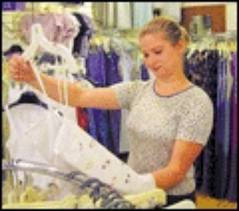 Here are some other favorites, culled from my Twitter feed:

It's interesting that so many of the Onion tweets I've marked as favorites are about sports. But I've found that sports news really lends itself well to he kind of super-short humor exemplified by the "Top Cute" item above, and indeed most of those, even the non-sports ones, are either just headlines or list items. I've retweeted links to plenty of good full-length articles -- this one about Jerry Sandusky, for example, is one of the most biting works of satire I've ever read anywhere, and as a Wisconsinite of certain leanings I certainly enjoyed this commentary by Publisher Emeritus T. Herman Zweibel -- but the when it comes to Twitter, the stuff I really like is the material that's short enough for Twitter.