I recently watched a movie called Scents and Sensibility, a contemporary adaptation of the homophonic Jane Austen novel. It wasn't very good, but I was kept amused throughout by the many spelling errors in the closed captions.

This is the Dashwood family's lawyer, explaining that the government might seize their home if Mr. Dashwood is convicted of securities fraud, but for now they've merely put an encumbrance on the property to secure his debts: 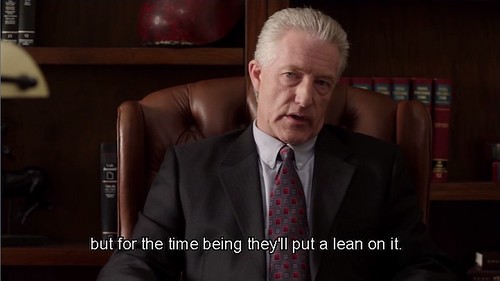 Later, after Marianne has taken a job as a copier attendant for a marketing firm, a coworker insists that his copies not be half-punched: 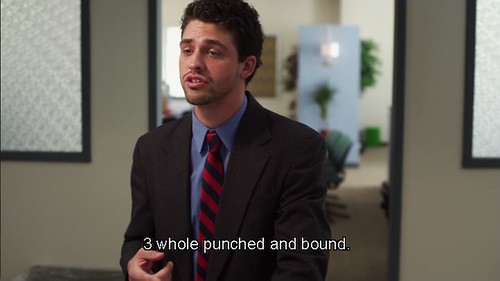 Soon, she notices a spelling error on something she's been asked to copy: 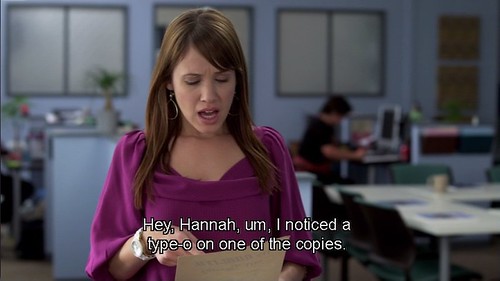 But she's advised to print it as is and not mention the problem to Brandon, the hunky executive who ordered the copies. This makes him mad, but later he admits his proposal was the problem, not the error: 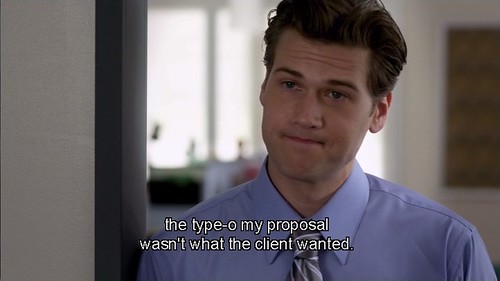 Meanwhile, Elinor's boss at the day spa where she works is trying to steal the formula for a scented lotion Marianne created and Elinor is selling to clients at the spa. But justice prevails, and the sisters sell their lotion to a major lotion concern: 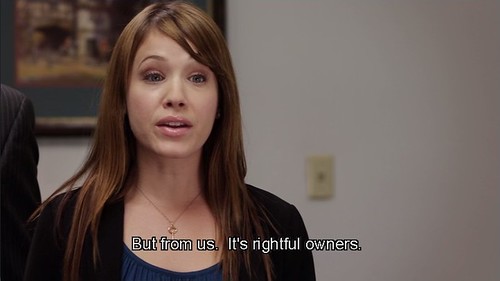 (This one was particularly funny, because the type-o that Marianne had found earlier was that Brandom had used its when he meant it's.)

Anyway, everyone lives happily ever after, except for Willoughby, who married an oil company heiress: 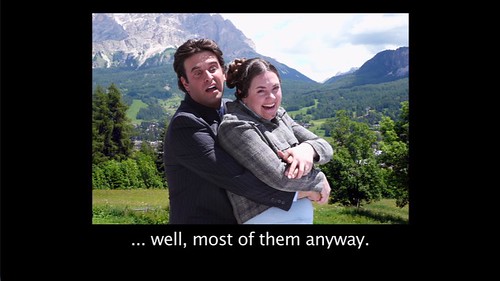