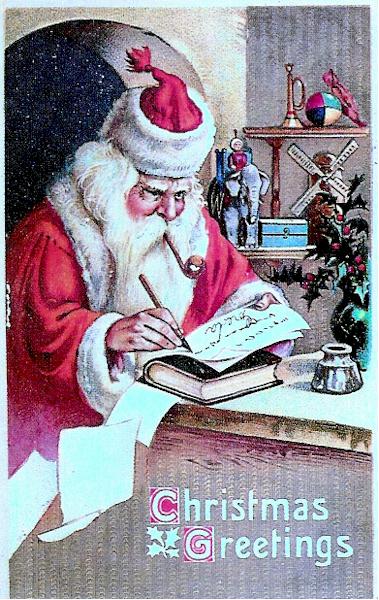 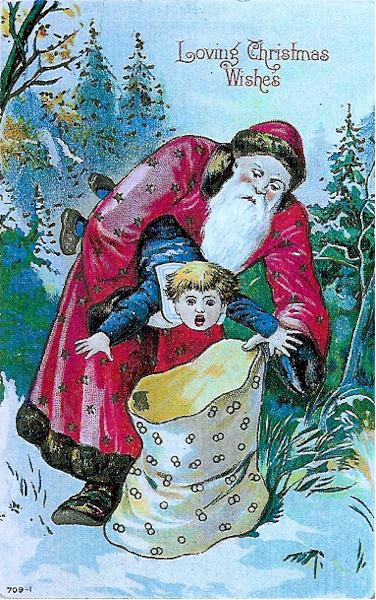 Here's a fun twofer. In the postcard on the left, Santa must be reviewing the "naughty" list, given his narrowed eyes and his stern expression. And on the right, we see what Santa does to children whose names appear on that list. Reminds me of Alice in Wonderland:

Here one of the guinea-pigs cheered, and was immediately suppressed by the officers of the court. (As that is rather a hard word, I will just explain to you how it was done. They had a large canvas bag, which tied up at the mouth with strings: into this they slipped the guinea-pig, head first, and then sat upon it.)

Man, Santa was harsh back in the day.