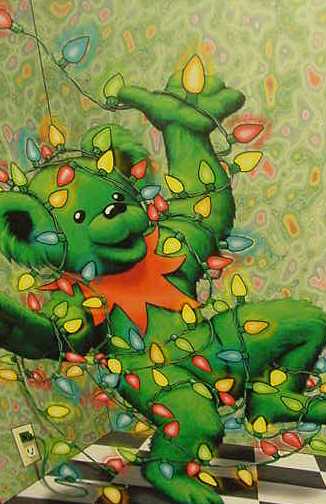 The other day, I received the following comment from Mark Coen:

At my employer's holiday party today, a question in a book of holiday trivia noted that there was a fad in Victorian Christmas cards to have dead robins on the front. It's more morbid than the usual fare, but see if you can scare up one of those.

Interesting. Robins were very common on Christmas postcards back in the day, because legend has it that the robins got its red breast while picking the bloody thorns from Christ's crown as he hung on the cross. (The legend does not address the related issue of how an acquired characteristic, such as a blood stain, could be passed down to later generations. Yet another hole in Darwinism.) And one history of Christmas cards I found on the web made mention of a Victorian-era Christmas card that depicted a dead robin. That was the only such mention I found, though, and I wasn't able to find a picture of that or any similar card, so if it was indeed a fad, little evidence exists to suggest it was a particularly popular or long-lived one. But not wanting to disappoint Mark, I cobbled together my own dead robin Christmas card, which can be seen here.

As for this card, I found it on eBay when seaching on the keywords "dead robin Christmas card." That search returned no results, but the eBay search engine said that the keywords "dead Christmas card" would yield three hits. So I gave it a try, and was rather charmed by what I found, even though I don't much care for the Grateful Dead. It's one of four designs contained in a box of eight Grateful Dead Christmas Cards available for purchase here.