Arise ye workers from your slumbers

Reposting because I screwed up the HTML when posting via e-mail this morning:

Today, in most parts of the world, is International Worker's Day. Here in the United States, we don't recognize International Worker's Day as a holiday, perhaps because of the (politically) unsavory Socialist associations with May 1. It may also be because the U.S. has suffered several labor-related riots on that date. What we celebrate instead is Loyalty Day, a Cold War-era relic for the "reaffirmation of loyalty to the United States and for the recognition of the heritage of American freedom." (That's a direct quote from 36 USC 115, which established Loyalty Day as an official Federal holiday.) So, for the record and for the benefit of anyone from the Bush Administration who may be reading this, I hereby reaffirm my loyalty to the United States and declare my recognition of the heritage of American freedom.

That said, here's my annual tribute to the workers of the world. Power to the people! 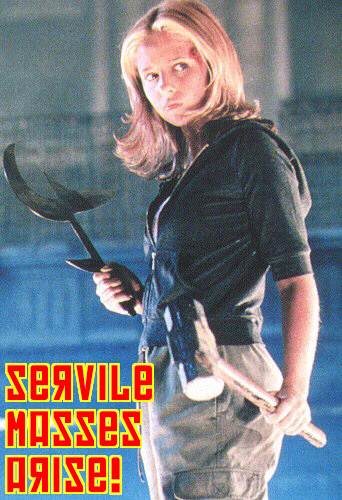